Each design is crafted only once… 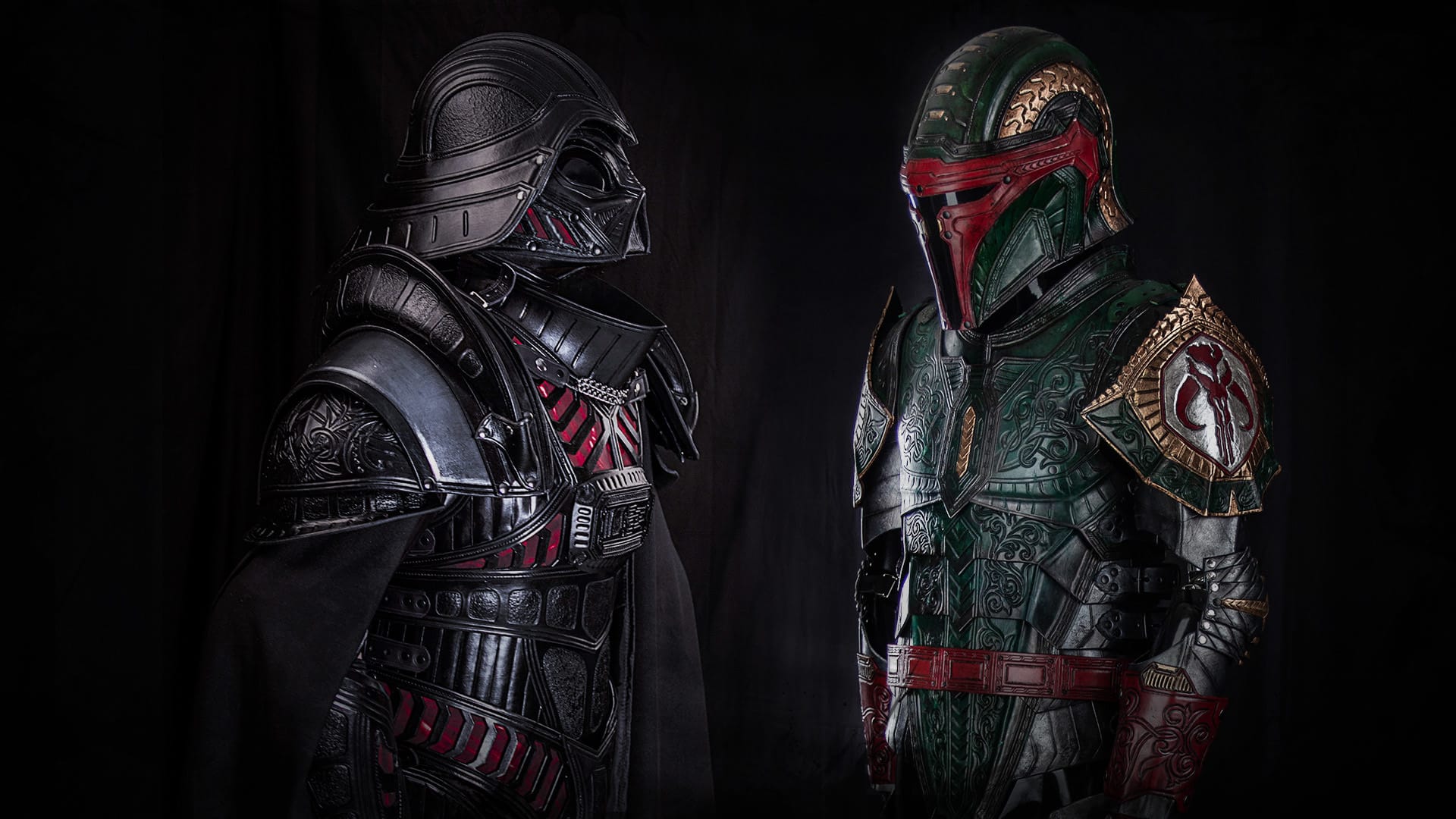 What Our Clients Say:

“It was an amazing experience all around. Thank you so much for the opportunity to own your art. The beauty and quality of your craftsmanship is second to none.

You have worked on three separate projects for me, and I could not have been happier with each of them. I first reached out for assistance in making a harness and pants for a Ralph McQuarrie concept design. Although the part you were making was a simple concept, you made it with such precision and with accuracy to detail, it out shined all other aspects of the project.

Next we decided to move forward with the incredible Medieval Darth Vader design. We communicated in detail about design and in the end I left it completely to you.

The Vader Armor was like second skin. I could move completely free without obstruction and did not feel much of the weight of the leather suit. It is empowering to wear, but I also love having it on display. It took the Internet and social media by storm. I had no idea the response was going to be so great.

Upon wearing it at a convention, I was quickly noticed by artist Matt Busch and was asked to be in a film he is producing, Aladdin 3477. Immediately, I agreed to be a part of the production. We easily switched out some parts of the armor to fit for the film—you even made a new helmet for it. I never thought the armor would bring so much joy and open many doors.

Blown away by the Vader, I immediately moved forward with a Fett design. The Fett proved your craft had continued to get stronger and more detailed. I feel completely honored to own such glorious art that I can both display and wear. You are a true Master Artisan. Keep up the excellent work and I hope to work on another project with you soon.”

What Our Clients Say:

“From the second I saw it, I was in absolute love with the masterpiece he had created for me. To say I was in awe, was an absolute understatement. It was simply, singularly and uniquely a work of art. The craftsmanship was unmatched. The attention to detail goes beyond anything imaginable. This was and continues to be the proudest possession I own.”

If you could have your favorite character brought to life in this way, who would it be? We can craft that fantasy!

Use the pricing estimator to calculate a cost. For this service, the recommended level of detail is signature+ or higher and for a full suit.

Use the pricing estimator to calculate a cost. Select signature or higher and at least a 3/4 suit.