If you’ve ever watched the X-Men series, you’re aware of how important costumes are. Not only do the costumes complement the personality of the characters, they also represent their story. They’re a part of their culture, background and history.

From Cyclone’s goggles to Gambit’s jacket, every costume had a story behind it. And that’s exactly what made each character fascinating, adding personality to the comics, movies and TV shows.

So, if you’re planning on designing costumes for your next film, here are a couple of reasons to look into professional costume designs:

Take a look at Lara Croft from Tomb Raider. You can instantly recognize the character thanks to the costume she wears.

Even in movies like Maleficent, you can easily recognize Angelina Jolie’s character because of her costume!

The reason why custom costumes are so important is because they create a separate identity for the characters. Would you recognize Peter Parker without his iconic Spiderman suit?

Just like brands need a personality their consumers can associate them with, film characters also need an identity.

Sets the Tone of the Film

Imagine this: you’re creating a superhero film. The scene calls for the main lead to put on his cape or mask and get ready for a fight scene.

As soon as the character puts on the cape/mask, the background music starts, signifying the mood of the scene. Your viewers know that something serious is about to happen. They know that lead is preparing for battle.

Similarly, in a casual, everyday-life setting, the characters will be wearing what the average Joe wears. This will highlight a more relaxed atmosphere, whether the viewers can relate to the characters.

A Sneak Peek Into Culture and History 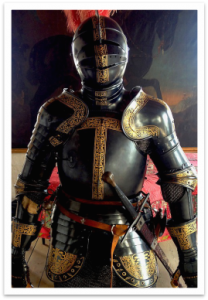 If you’re planning to have diverse characters, their outfits will highlight and represents their cultural background.

You can also use it to tell the story of another era, of another timeline. You can get creative with all the costumes.

For example: some movies portray vigilantes by using hoodies and jumpsuits. Some of these characters grew up in suburbia so that highlights their humble upbringing.

Using premium-quality materials, we ensure that costumes are high-quality and up to the standards of film and production. To learn more about what we have to offer, make sure to browse through our gallery to get a sneak peek of what we offer!