How Poor-Quality Costumes Could Jeopardize Your Theatrical Production

Most of us never think twice about what we wear every day. But when it comes to keeping up with latest fashion trends, we have all the beauty and fashion blogs covered.

One of the first things people notice when they meet someone for the first time is what they’re wearing. So it goes without saying that when you watch a film or attend a musical, you notice the characters’ outfits.

From plays like Les Liaisons Dangereuses to Chicago! we’ve always been fascinated by the way characters carry themselves, and the different roles they play. As the story progresses, the outfits and appearances of the characters also change.

Dressed to impress or dressed to highlight the importance of a scene, the characters progress in their own way, as the story builds up. From black representing darkness and white representing purity (like Swan Lake by Tchaikovsky), costumes have a bigger role to play in theatrical production than what is known.

The Effects of Poor-Quality Costumes

The timing, the flow, the moment, and the mood of a play are defined by its storyline and characters. And when characters fail to impress the audience, it can hamper success.

It Places the Actor in Vulnerable Positions

Wardrobe malfunctions are not uncommon in the entertainment industry but one thing is certain: they are embarrassing.

Poor-quality costumes place your cast in vulnerable positions. There have been plenty of times when actors found themselves in embarrassing situations because their clothes were made of poor-quality materials 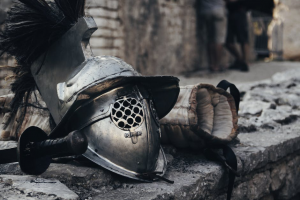 If your characters don’t leave a good impression on the audience, thanks to low-quality costumes and makeup, it can ruin your production house’s reputation.

If your characters aren’t dressed for the roles they are playing, it can distract the audience from the storyline. No matter how good the script is and the acting, it can hinder character development.

Let’s say your story revolves around two individuals who fall in love. One of them is a businessman; the other is a girl from a poor but hardworking family. How does the businessman dress? Does he wear a suit or casual clothes? What kind of suit does he wear? Does he have a distinctive style and a preference for certain colors?

All of these things should be taken into consideration because they can help your audience connect with your characters.

Costume designing is truly an art that takes time to master. The right costume can do wonders for your theatrical performances.

At Prince Armory, we offer custom costume services for film and theater production. If you’re looking for outstanding fantasy armor and superhero costumes, feel free to browse through our gallery to learn about what we offer!